On the eve of India’s independence, Bengal was divided. One part came to India, and the other became East Pakistan. Later, East Pakistan became Bangladesh. The people displaced during the partition came to India and brought their cuisines and culinary expertise. Bangladeshi cuisine, too, has evolved. Read on to find out about 20 such dishes remnants of Bengal’s culinary heritage.

Chitol, or the Indian featherback, is an expensive and prized fish. “Chital Macher Muitha” is made by making bite-sized balls out of the fish meat, frying them, and then cooking them in delectable gravy. It is a traditional East Bengal dish and slightly tricky to make. But it is worth the effort. Shutki Maach has a bad reputation in West Bengal due to its terrible rotten smell. But it is treated like a delicacy in Bangladeshi kitchens. “Shutki Maach” basically indicates dried fish. It is a traditional way of preserving fish. “Shutki Maach Bata” is made by smashing and cooking the fish in a hot, spicy garlic sauce that will blow your mind and your taste buds. This dish incorporates the fish head with the “Pui Shaak.” Other seasonal vegetables like pumpkin, jackfruit, brinjal, and potato can be incorporated into this dish.

Shingi Maach has this amazing quality of surviving outside water for a very long time. They have high quantities of protein and calcium. That is why Shingi Maacher Jhol is often served to patients recovering from an illness. It is a highly nutritious and lightly spiced meal. The Bengali word “Bhapa” means steam. So, Hilsa cooked in steam is called “Ilish Bhapa”. It is a hearty dish made with Hilsa, mustard paste, and shredded coconut. Hilsa is a crowd favorite among Bengalis. It is prevalent among people originally from East Bengal, who often boast about the variety of Ilish recipes they have in their cookbooks. “Muri” in Bengali means puffed rice. But this dish does not use puffed rice. It is made with fresh long-grain rice. The fish head is the star of the show in this dish. The flavored rice and fatty fish head come together to create a lip-smacking combination. Although quite popular in India, this dish has its roots in Bangladesh. This is another popular Hilsa dish originally from the other side of Bengal. For this recipe, the Hilsa is deboned, marinated with mustard paste, and wrapped in banana leaves. Then, they are steamed. It is a dish commonly made on special occasions and at weddings.

The Kolkata Biryani is made with mutton or chicken, and potato. But have you heard of Biryani made with fish? Since Bangladesh is a riverine country, seafood is abundant there. Fish has been a part of Bengali cuisine since time immemorial. Ilish Biryani is a Biryani that has Hilsa pieces instead of chicken, mutton, or beef.

Puli Pitha is a traditional Bengali dish that looks much like momos and dumplings. However, instead of being savory, they are sweet. In Dudh Puli, a filling of shredded and flavored coconut is wrapped in a dough made with rice flour. It is then put in sweetened milk. A very popular dessert item in Bangladesh, this dish is usually served during Eid celebrations. “Shimui” in Bengali means vermicelli. In this dish, vermicelli is roasted in ghee and then added to thickened and sweetened milk. Bangladeshi cuisine has a lot of Arabic and Mughal influences. The Dhakai mutton Rezala is a remnant of that. Popular as street food, this dish is also served during weddings and other special occasions. Bhorta is extremely popular in Bangladesh. “Bhorta” indicates anything mashed. Bhorta is made initially with vegetables like gourd, brinjal, or potatoes. But they can also be made with fish, chicken, and meat. Nowadays, with experimentation, Bhorta is even made with fruits. Any Bangladeshi wedding is incomplete without this dish. Kacchi Biryani is often the star of the show on the wedding menu. Uncooked chicken or mutton is marinated in spices like cinnamon, cardamom, nutmeg, mace, etc., and is cooked in rice flavored with saffron and other spices. Since the meat is added raw into the rice and cooked in steam, it is called Kacchi Biryani. Khichuri is a prevalent monsoon dish in both Bengals. Rice and lentils, along with some spices are cooked together. It is mildly spiced and herbed. However, Bhuna Khichuri is a more gourmet version of the humble Khichuri. It is made with roasted lentils and served with pickles and roasted meat. The humble cousin of the Bhuna Khichuri, this dish is a monsoon delicacy made in homes during rainy days. This rice dish has a slightly more moist texture and milder taste than the Bhuna Khichuri. You can only taste this dish if invited to homes in Bangladesh as it is not served in restaurants. Another popular Bangladeshi dish made during occasions and celebrations, Morog Pulao is a different take on Chicken Pulao. It has a similar cooking style to that of the pulao. But instead of chicken, cock meat( called “morog” in Bengali) is used. 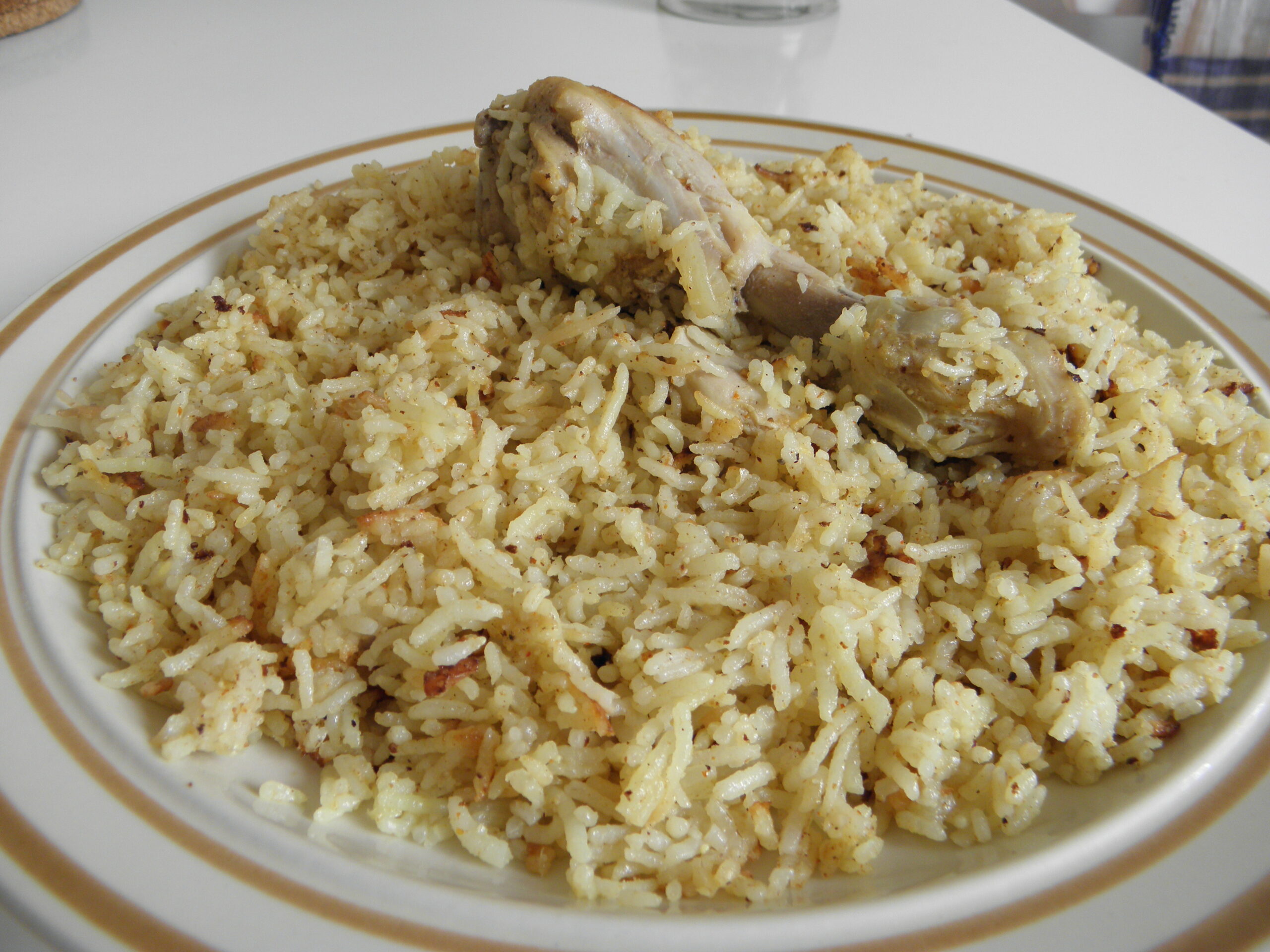 Borhani is a savory drink often served at weddings and restaurants. It is also often drunk to break the fast during Ramadan. Borhani is made with sour curd, mustard, cumin, coriander, mint, and green chillies. It is a lassi-like drink but instead has a spicy taste. Borhani is usually had after meals as it is said to help in digestion. This dish is served at iftar parties and weddings and is considered a delicacy. Kala Bhuna is made with beef, which is slow-cooked in spices to the point where it is almost charred. It is served with roti or naan. It is a hugely popular dish in Bangladesh and is served in most restaurants. Kalia is a fish curry extremely popular in the Eastern side of India. This dish has its origin in East Bengal, now Bangladesh. This dish is a slightly different and spicier version of the humble “Maacher Jhol” popular in Bengali households. It is so named because the spices used in the gravy are cooked until they are slightly charred or burnt, giving its a unique and rich flavor. An prevalent dish in Bangladesh, Panta Ilish is usually had on Poila Boishakh, the Bengali New Year. In this dish, cold leftover rice (called “Panta Bhaat” in Bengali) is served with crispy fried hilsa fish and a spicy bhorta. Panta Ilish is a Bengali cultural and traditional symbol that the people from the eastern side of Bengal have managed to upkeep.