Crispy and delicious Khopra Patties are stuffed with spicy, tangy, sweet coconut, spices, and dried fruits. These potato mashed Khopra Patties has an incredible taste in every bite and are served with green chutney and a tangy-sweet chutney. It is the most famous and loved, especially in the rainy season. Batla Kachori is a crispy deep-fried food that is generally taken in breakfast or served in snacks. It is prepared with refined flour and is stuffed with Matar. After the preparation, it is with green chutney. It has a mouth-watering taste, and you can enjoy it with your friends and family. Indori Poha is a tasty and healthy breakfast, particularly well-liked in Indore. Poha is generally made in every household as a breakfast dish, but Indori Poha consists of fennel seeds, making it more delicious! Adding peanuts and fresh pomegranate kernels gives the poha a great crunch and flavour. Pomegranate kernels added to the poha add nutritional value to Poha. It is served by adding some masala, and tea is the best combination with this dish. Shikanji is typically associated with a refreshing lemon-flavoured beverage, but the name has distinct meanings in Indore. Rabdi is used to make Indori Shikanji, a thick, milky drink that is topped with dry fruits. This rich beverage is heavy on the stomach. Its distinctive sweet and sour flavour, which falls between a lassi and a milkshake, makes it stand out. Madhuram Sweets in 56 Dukan is the ideal place to experience it. Egg Benjo is one of the famous dishes of 56 Dukan and is loved by everyone. The recipe is straightforward a piece of omelette is kept between a bun and is served with tomato ketchup and green coriander chutney. No doubt it is a delicious dish the crisp that bun has is just incredible. You can try this dish on Jonny Hot Dog. 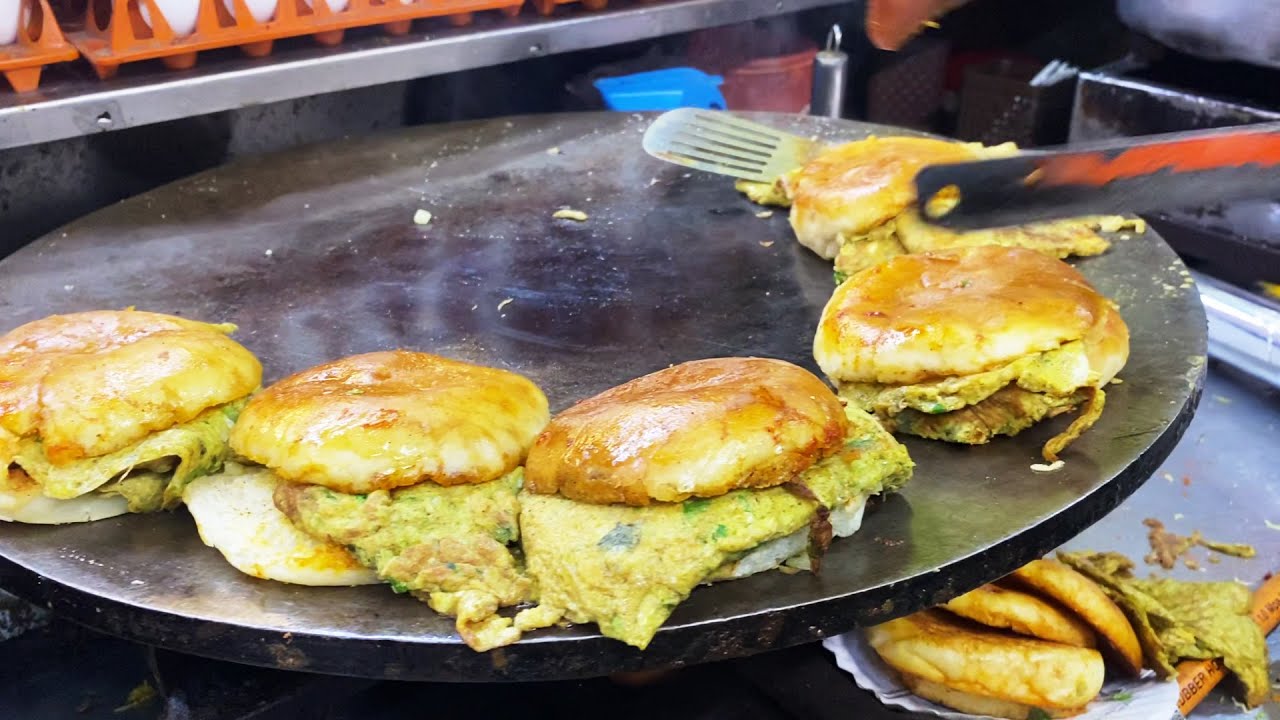 Veg Hot Dog is served as a snack and consists of an aloo patty between buns. This crispy aloo patty is made in desi ghee with a high nutritional value and is topped with green chutney and tomato sauce. Shahi Rasmalai, made with milk solids and soaked in sweetened milk, is a classic and traditional dish. It is a trendy, juicy dessert that is generally offered after lunch or dinner, while it can also be served following a mouth-watering chaat snack meal. The traditional Indian dessert known as Rabdi is made by simmering milk over low heat until it thickens. Cardamom, saffron, and almonds are frequently added at this point. Then, sugar is added to sweeten it, and flavours like saffron, cardamom, and rose are added. Additionally, a lot of nuts are frequently added to it. Madhuram Sweets is the best shop in 56 Dukan to eat this mouth-watering Rabdi. Corn Chaat is a vegetarian snack. It is a popular Indori street food. Corn chaat consists of sweet corn, coriander, onion, capsicum, and some spices, and then some lemon is added to give it a tangy flavour. It is made in butter on a pan. It has an incredible taste, and you can have it anytime. Momos are the most loved and demanded street food. Momos are available in different varieties like steamed momos, fried momos, tandoori momos, cheese momos, panner momos, and much more. Veg momos are stuffed with cabbage, spring onion, and carrot. Then they are served with schezwan chutney and mayonnaise. In 56 Dukan, Sam’s Momos is the perfect place to eat mouth- watering momos. 6 Flavour Pani Puri consists of six different flavour waters i.e., Hing Pani, Jeera Pani, Lahsun Pani, Pudina Pani, Adrak Pani, Pudina pani. If you are a pani puri lover, you will love this in 56 Dukan. It is served with some boiled potato, and some masala is added to it, which makes pani puri much more delicious. Dahi Vada, a delicious snack that combines all of your favourite flavours and textures, is soft, tangy, and sweet. It is the most unique and delightful chaat. Topped with both hot and sweet chutneys and dipped in rich yogurt. The most famous paratha is the Punjabi aloo paratha. The filling, spices, and roasting methods are different. When we prepare it, we often make a flat version rather than inflate it. But in 56 Dukan, puffing it and using a lot of butter while frying is strongly advised. Additionally, the spice mixture is distinct, and different spices are added to the potato stuffing. It makes it a delicious bread that doesn’t need any sides to accompany it. A little scoop of pickle or a mixture of raita made of yogurt or curd makes it the ideal combination dish. Khaman is a simple mixture of gram flour (besan), spices, and herbs, giving it a light, spongy texture and a hint of delicious savory flavour. Ground black chickpeas are what are used to make gram flour. Later on, when Khaman is made, it is then fried, and this is how fried Khaman is made. It is served with some sev and coriander on it. Shahi Garadu is made by chopping Sweet Potato into small pieces. Then it is deep fried in oil. It has a fantastic taste and is the best combination with tea. It is generally served as an evening snack and is considered a very healthy dish. The samosas of 56 Dukan will blow your mind and taste buds if you’re a lover of them. The distinctively tangy filling of these unique khatta samosas sets them apart from other samosas on the market. In addition to the usual ingredients, pomegranate seeds give these samosas a unique sweet-tangy flavour. Khatta samosas are eaten with a sweet chutney in place of the traditional mint or tamarind chutney, which helps to balance the tangy taste. Aloo Tikki is the most famous chaat and has a spicy and crispy flavour. It is served with hot sizzling-sweet chutney, and no doubt, it has a mouth-watering taste. Kachori is a spicy deep-fried snack. It is one of the prominently sold snacks in 56 Dukan. It has a fantastic taste, and if you are a kachori lover, you should try it in 56 Dukan, where they serve it with sweet chutney and topped with pomegranate. Chow mein is a Chinese dish that Indians love prominently. It consists of noodles, onion, capsicum, carrot and cabbage. Its tangy flavour and crunchy texture make it the most mouth-watering dish.